Things to do while you wait for the storm to finish.... 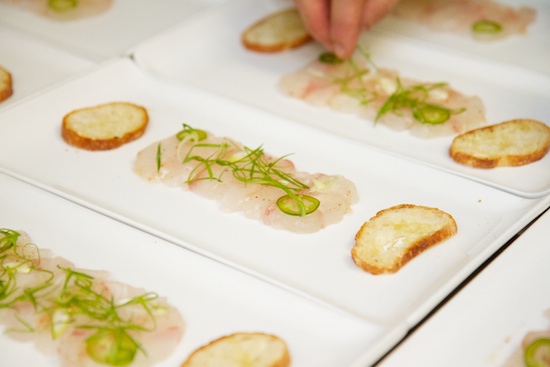 Learn the basics behind wine and food pairing while you weather Hurricane Sandy!

Find out if you're a born Napa Valley wine lover or your heart belongs to the old dusty vines of Bordeaux! 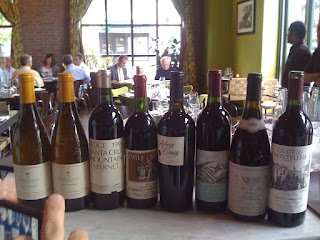 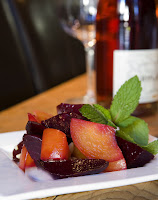 Monday, Oct 15th:
Champagne…bubbles and more bubbles! 6:30pm, $50/person ++
My favorite beverage...Champagne! This decadent sparkling has so many possibilities for pairings and is so much more than a wine to use for toasts! Come taste 6 Champagnes.

NOVEMBER
Monday, Nov 12th:
Organic and Sustainable…can you tell? 6:30pm, $50/person ++
Everyone always asks if you can tell a wine is made with Biodynamic principles or sustainable farming methods. Try 3 varietals compared with 3 varietals of the same region without the organic philosophy and taste for yourself.

Monday, November 26th:
Wine Spectator’s Picks
6:30pm, $55/person ++
See if you agree with the critics. Taste 6 wines rated over 90 pts by Wine Spectator and judge for yourself. Added bonus  - anything over 90 points equals a great holiday gift idea for your favorite wine lover!! 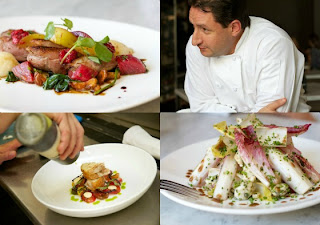 By Jeff Schlessignger and Stephanie Webster

"Napa and Company in Stamford has a new, very talented chef overseeing its award-winning kitchen. Chef Leonardo Marino is slowly modifying the menu to showcase his commitment of using exceptional ingredients to highlight their natural flavors. Three weeks after assuming Napa’s Executive Chef position, CTbites sat with Chef Leo for this “Behind the Scenes,” review, discussed his passion for food and sampled several of his recently premiered dishes.


Chef Leo’s devotion to cooking started at an early age as he assisted his mother and aunt in the kitchen; they inspired him to pursue a culinary education. After attending the Culinary Institute of America, his philosophy of accentuating the natural flavors was further influenced in the kitchens of some of America’s greatest chefs. While working as the Lead Sous Chef for Eric Ripert at Le Bernardin, Ripert asked him to relocate to Washington DC to take the reins of Chef de Cuisine at Westend Bistro by Eric Ripert. Chef Leo returned to New York in 2009 and joined David Bouley at both Bouley and as the Chef of Bouley Upstairs. In 2010 he joined Jean George Vongerichten, first as the Executive Sous Chef at his flagship restaurant, Jean George, and subsequently as the Executive Sous Chef at The Mark Restaurant by Jean George. After working with all of these legendary chefs, Chef Leo commented, “My mother and my aunt are two of the best chefs,” but he quickly added, “…in addition to Eric and Jean George.”........

Click on the link above to read the full article. 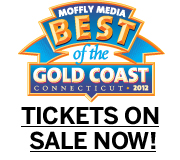 NAPA SNAGS 8 WINS!
It's so rewarding after 5 years to receive such accolades. It's even more rewarding when it comes from our customers. Thank you to everyone for the support. We recognize you have many choices in Fairfield County and never take for granted that we are one of yours--whether once a day for a glass of wine to take the edge off, once a month for a business lunch or on your birthday with that special someone---we say, thank you.
Your greatest complement has always been your referral and by your votes you have given your referral with an undeniable support!


BEST OF THE GOLD COAST:

Monday, July 9th:
Red, White and YOU $35pp
Mix red and white together and what do you get?? PINK! Well, these will tickle your pink fancy. Try the release of Rose and see for yourself why these wines are limited and sought after. Yum!
RSVP 203-353-3319
Try 8 great Rose that will be sure to make you smile this summer!
Posted by Napa & Co at 10:41 AM No comments:

WINNER BEST WINE LIST IN FAIRFIELD COUNTY! Thank you for your votes and support! We promise we will keep searching for great wines to share with you and for you to create great memories with friends! 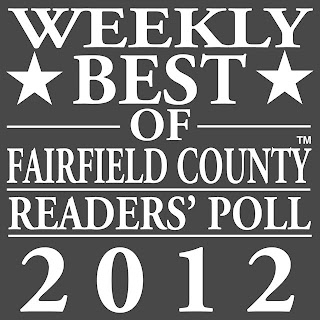